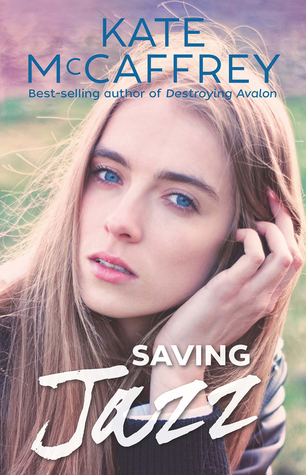 An incredibly poignant look at cyberbullying. I’ve read some great YA books over the years but none have been as confronting and realistic as this. McCaffrey has crafted well rounded characters and a shocking story that makes you think about the way you use social media in your own life.

Jasmine Lovely has it all – the looks, the grades, the friends. But when a house party spins out of control, Jazz discovers what can happen when your mistakes go viral …

We know our kids are at risk of becoming victims of cyberbullying. But do we know how at risk they are of becoming perpetrators? This controversial new novel tackles cyberbullying from a whole new perspective.

So I sat down to read one chapter the other day…cut to 2 hours later when I had devoured the whole thing.

“We have changed, shaped by a single night, into people we didn’t see ourselves becoming.”

McCaffrey has such a captivating writing style and I was hooked from start to end. Told through a series of blog posts written by Jazz (cool idea), we are instantly drawn into this small town high school setting where one too many drinks at a party leads to a heinous crime and four lives changed forever.

The night in question has varied degrees of emotional and physical pain for the four main characters; Jazz, Jack, Tommy and Annie. I personally found it really interesting to witness the actions of these characters before, during and after the incident and I thought the author did a great job of putting you in the mind of our narrator, Jazz.

I’ve read books told through letters before and I found the blog format to have a similarly refreshing tone. Jazz takes you on a journey from her early years explaining how she became friends with Jack, Tommy and Annie and how social media had slowly become a ‘slut-shaming’ tool in her Perth high school; all of which become important as the story progresses.

I’m so thankful that when I was in high school, there was no Facebook, Twitter or Snapchat because even though we didn’t do anything near as stupid or incriminating as the events in this book, we were young, dumb and thought we were invincible; similar to the characters in these books.

It’s sad to say that these kids that populate this town – the ones who share the naked photos that are circulating, the ones who call these girls sluts on Facebook and the ones who are ready to jump on any online take down are not new characters; they exist in schools world wide.

This is a confronting tale about the power of social media in today’s culture and I thought the whole issue was tackled beautifully. If you enjoy contemporaries and don’t mind some heavy topics being addressed then you should definitely pick this up. I know that after reading this I will be looking into McCaffrey’s other books.

I love #bookmail. Special thanks to @FremantlePress for sending me #SavingJazz – can’t wait to start it. pic.twitter.com/H8ZpcyTxpT

Find more reviews on Goodreads and be sure to check out author Kate McCaffrey’s blog.

Kate grew up in Perth’s northern suburbs. She has a degree in English and Art and a diploma in Education.

She lives in Western Australia with her two daughters, a gender fluid cat and a Maltese Shih Tzu. Kate also teaches English to high school kids and writes novels.